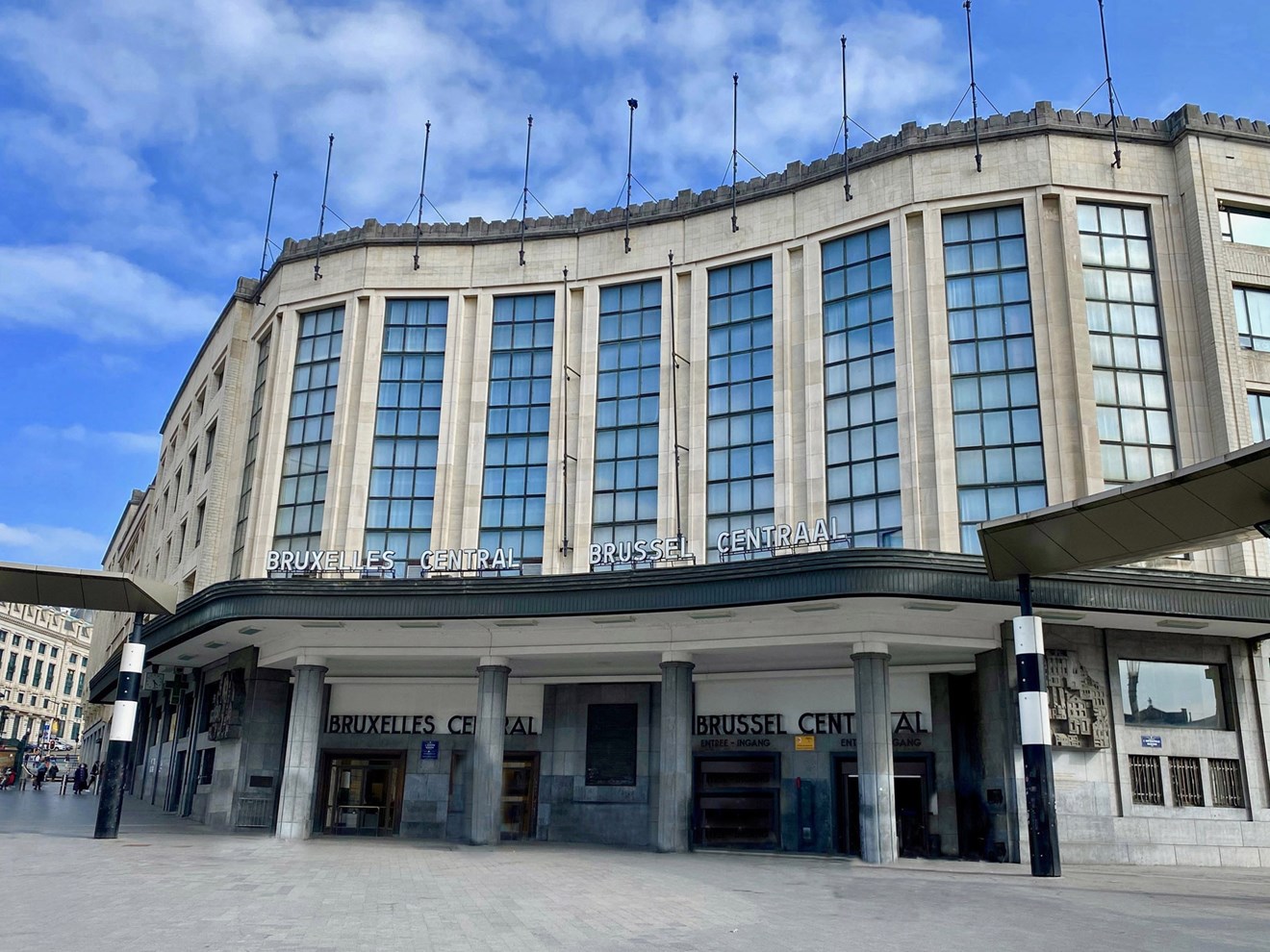 The Central Station, designed in 1937 by Victor Horta, was his latest work.

The construction works started again after the Second World War, and after the death of the Master in 1947, it was Maxime Brunfaut who completed the work.

It was inaugurated in 1952 by young King Baudouin, after the opening of the North-South junction.

With some similarities in style to the Palais des Beaux-Arts, the large building has an elliptical facade on the esplanade side.

The building covers a large block, and also has offices and shops on the ground floor. Maxime Brunfaut designed a vast and prestigious central hall surmounted by a glass roof.

Wide stairs lead to the underground docks. The station was intended to receive distinguished guests and crowned heads ... The rapid development of aviation decided otherwise, only Queen Juliana of Holland still arrived in Brussels by train ...

Today, the vast hall has lost some of its splendor, unfortunately invaded by panels of all kinds without any style or graphic connection.

BRU56 - Unless otherwise stated © Admirable-facades-Brussels for all photos