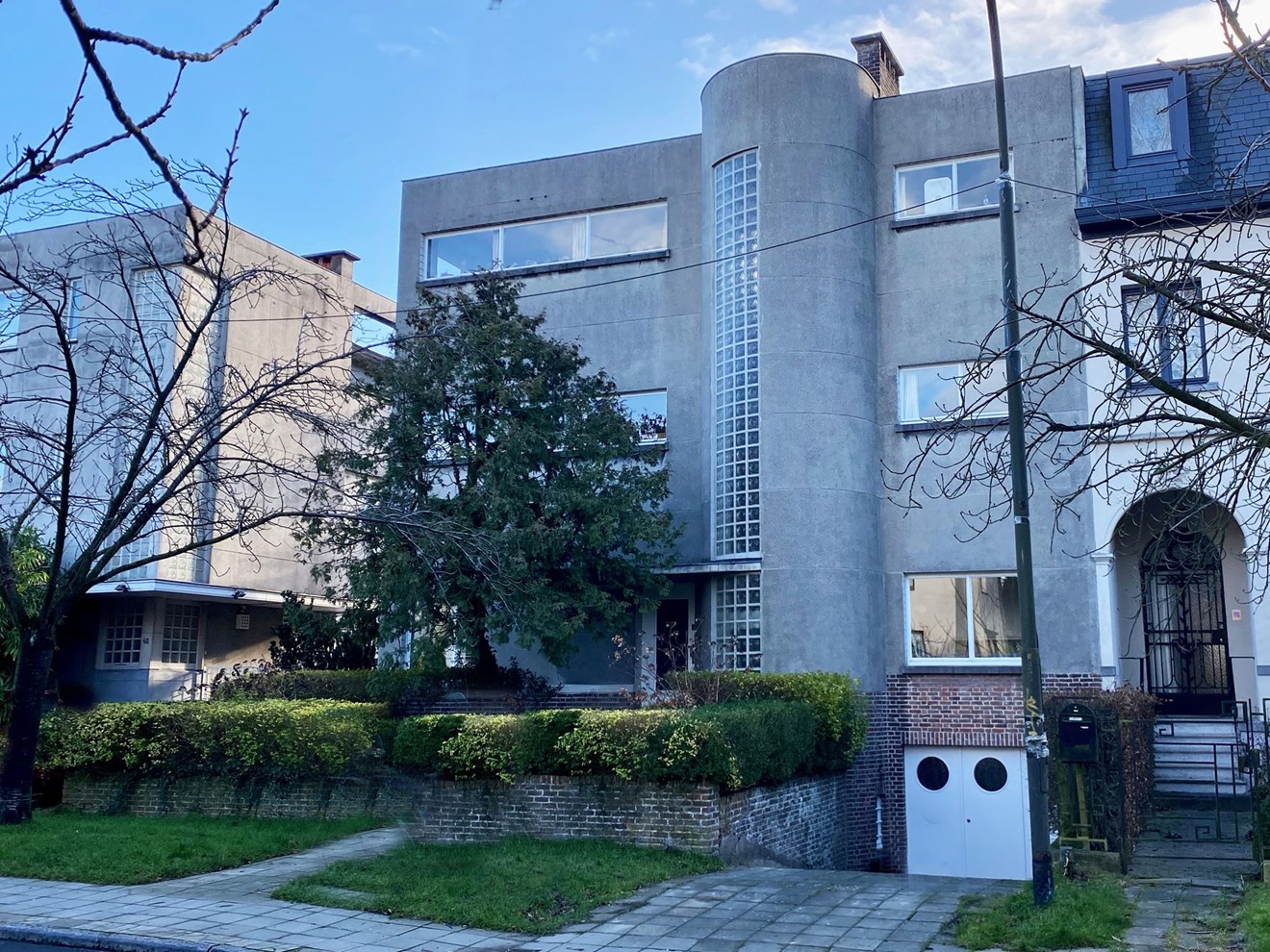 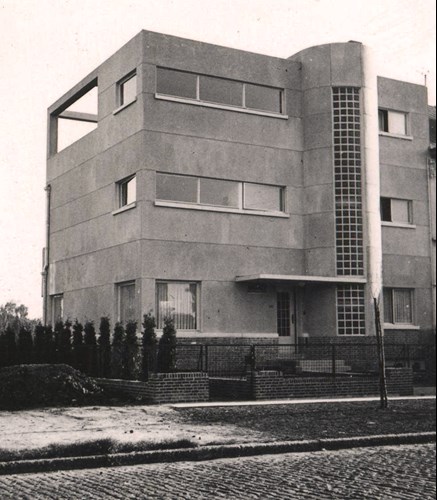 More accustomed to creating large collective complexes, he signed here two neighboring three facades houses, one built in 1938, the other one a year later.

The first, at No. 42, is more elaborate than the second, it is distinguished by its cylindrical glass staircase wall.

The horizontal windows punctuate the facade.

A flat roof with a solarium terrace overlooks the house.

The second house is simpler, with its glazed stairwell wall in the right corner.

One round, the other square, these two neighboring houses look like a couple, male and female. Beautiful engraved signatures.

WAT07 - Unless otherwise stated © Admirable-facades-Brussels for all photos