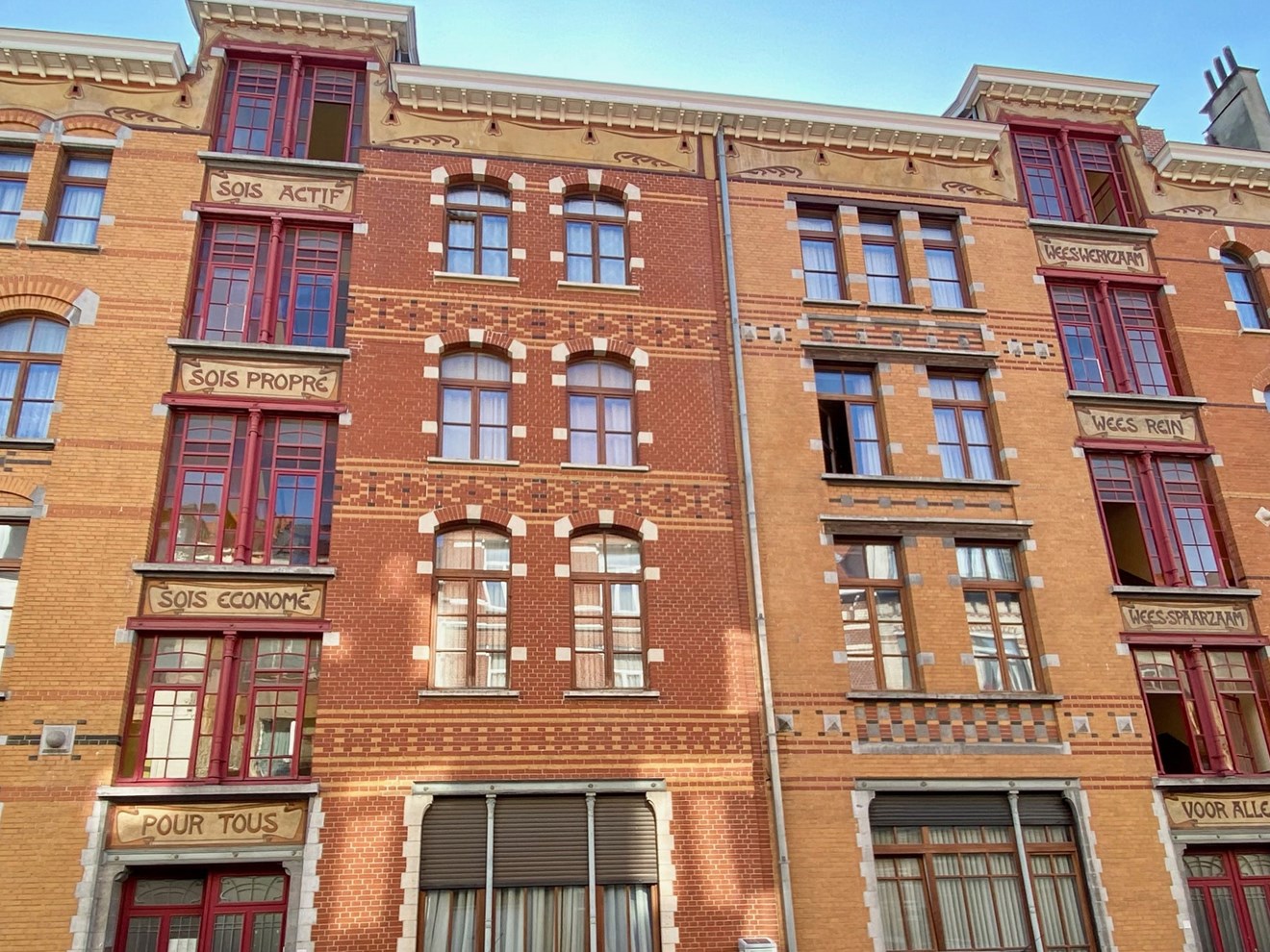 The end of the 19th century saw the rise, in several Brussels municipalities, of vast social housing construction programs intended for a poor population.

Slums located in unsanitary dead ends were destroyed, and land was bought by the municipalities. 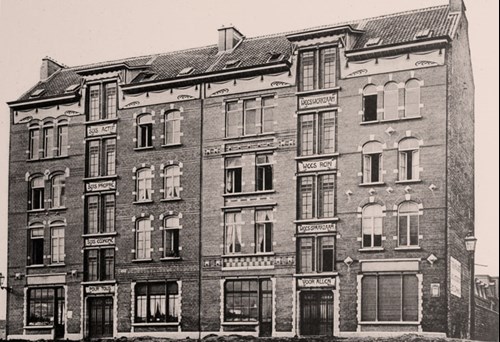 The municipality of Schaerbeek, particularly wealthy at the turn of the century, built a large number of these neiberhoods, some of which are destroyed today.

The two buildings on rue Victor Hugo are the work of Henri Jacobs (also author of fifteen school buildings), designed in an eclectic style with Art Nouveau elements.

The buildings were saved from destruction and renovated in 2001, merging small apartments to create more comfort. The facades have been remarkably restored, including the beautiful sgraffito which extols the values ​​of living together, cleanliness, work and saving (in both languages).

The central bay has been completely preserved, keeping the original frame, columns and color.

A very good example of restoration without the use of non-conforming materials (pvc frames for example).

SCH35 - Unless otherwise stated © Admirable-facades-Brussels for all photos