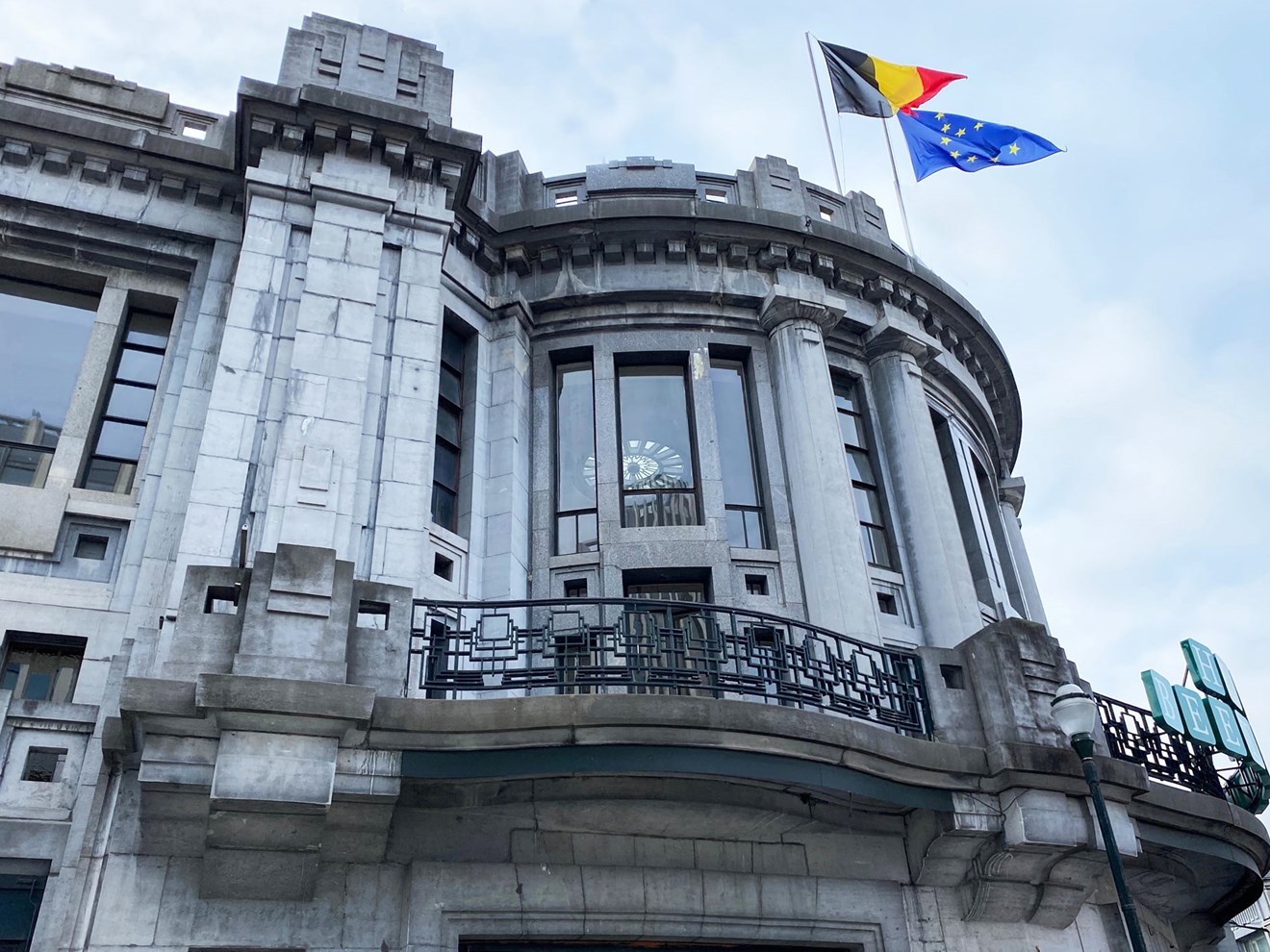 The Palais des Beaux Arts was designed by Victor Horta and built between 1922 and 1929, in Art Deco style.

First refused by the government because it was considered too avant-garde and too expensive, it was finally financed with private funds, in particular by the banker Henri Le Bœuf. The conception was made difficult because of the steeply sloping ground between rue de la Régence and rue Ravenstein. Horta encountered more than one pitfall during the construction. Stores were imposed on him along the street, for the sake of profitability. Which did not please him.

The result is a monumental building, all in Belgian hardstone, whose ornamental style is influenced by Frank Lloyd Wright’s architecture, whom Horta had encountered during his stay in the United States.

In 2000, the Palais reopened its doors after extensive restoration work. The sublime Henri Le Bœuf concert hall was restored to all of its former splendor and acoustics.

The “BOZAR Restaurant” has replaced the various shops on the ground floor, on the Ravenstein side, to the delight of visitors.

All you need to do is reserve a seat for a performance or visit an exhibition to discover the interior of this remarkable building. To the site HERE.

BRU41 - Unless otherwise stated © Admirable-facades-Brussels for all photos