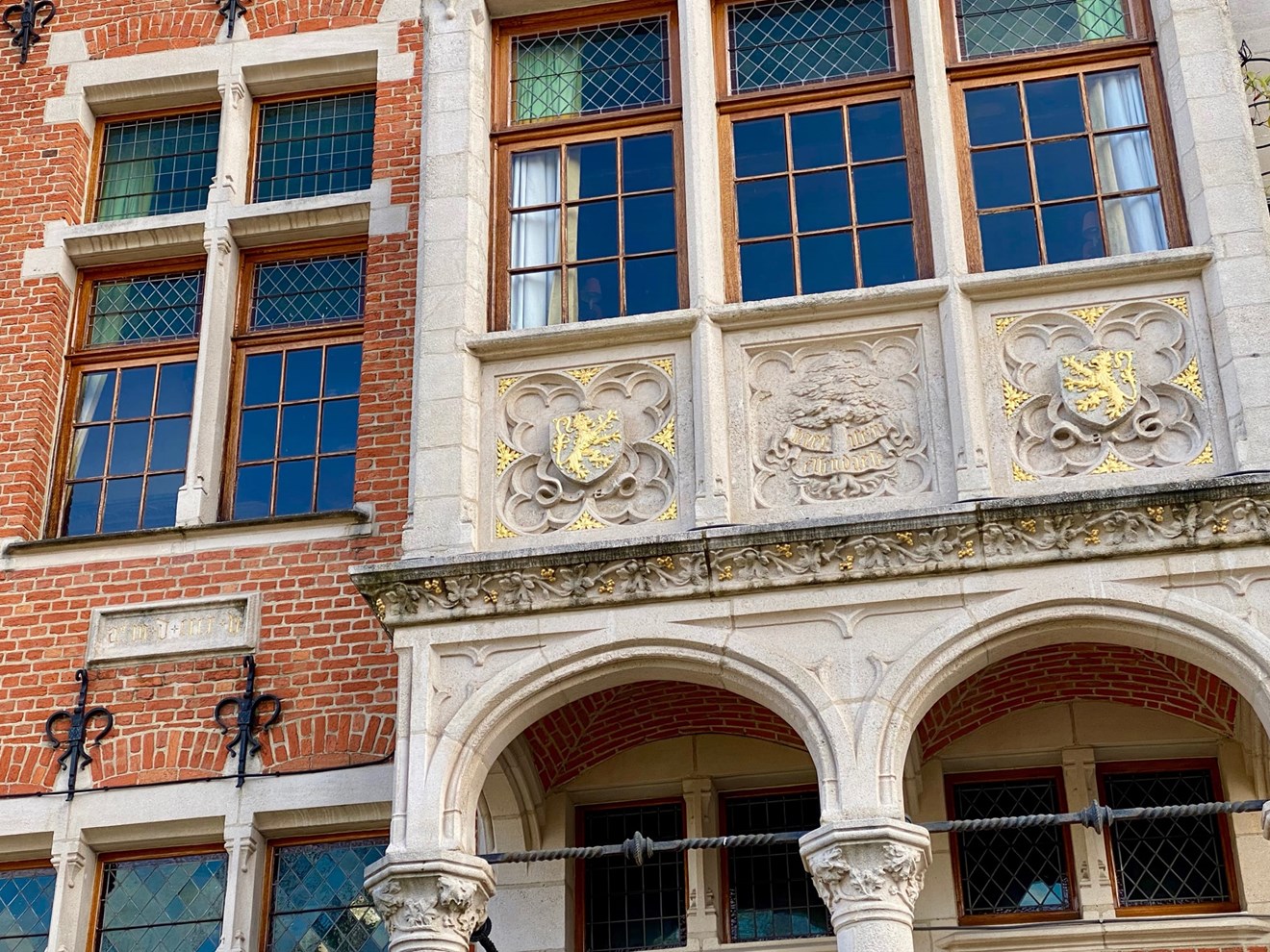 Here is another house so atypical in the middle of a rather eclectic row of bourgeois houses along the Ixelles ponds.

Built in 1905 by architect Désiré Willaert, commissioned by Guillaume Des Marez, historian and archivist for the city of Brussels, passionate about the Renaissance.

Made of red masonry work enhanced with sculpted white stone, the facade is very balanced, ending in an elegant gable.

The rather monumental entrance porch is reminiscent of certain historical houses in Bruges, with its three small columns supporting a loggia, itself very elaborate.

Three panels in bas-reliefs represent the coat of arms of Ixelles in the center, and the “Klauwaerts” ancestors of the Lion of Flanders on each side.

All the woodwork, including the front door, seems to be original, the same goes for the ironwork and the grids surrounding the garden.

The interior that we cannot visit seems to have been remarkably preserved with its original neo-Gothic style furniture and sculpted woodwork.

The house was listed, exterior and interior, in April 1994, and is in very good condition.

IXE37 - Unless otherwise stated © Admirable-facades-Brussels for all photos